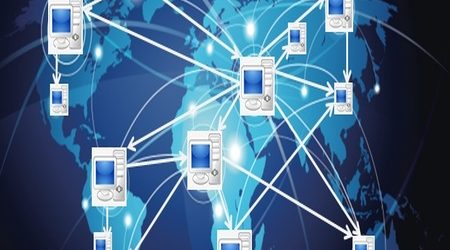 In Networking, the coherence, model and the software are absent. Users are exposed to the actual machines without attempting the machines look and act coherently. The platforms of different machines are visible to the user. In effect, the distributed system is system software that is built over the top of a network. This software gives it cohesiveness and transparency. Many companies had a substantial number of computers which worked in isolation with each other. At some point in time, management of different companies had decided to interconnect them to extract and correlate information about the whole company. So the first issue behind the formation of the computer network was resource sharing. The objective was to share the equipment and data so that it can be available to all who are connected to the network.

The modern age is the age of electronic communication. Information regarding news, sports, education etc. can be available through the Internet. Nowadays any newspaper or magazine can be subscribed and accessed online sitting at home. Users can use instant messaging or can chat with each other.

Another type of person-to-person communication in which a group of people can communicate with each other without the implementation of any client-server model. It is a computer network through which home entertainment can be implemented through the cable line in which the desired movie can be ordered to see instantly at home.