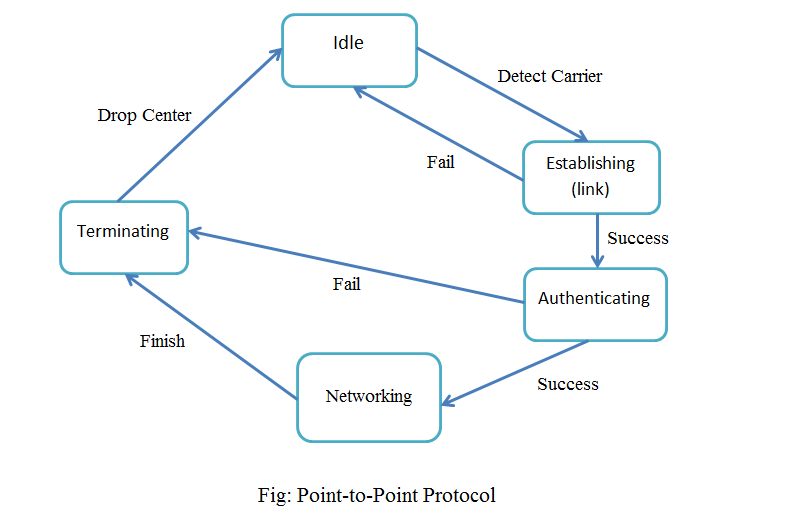 Idle State: This state means that the link isn’t used. There is no active carrier and the line is quiet.

Establishing State: When one end starts communicating then the connection goes into this state. In this state, options are negotiated between the two parties. If it is successful then the system goes to the authentication networking state else it goes to the idle state.

Authentication State: This state is optional and it uses depends on the negotiation of the two parties. In this state, several authentication packets are exchanged. If the result is successful, the connection goes to the networking state, otherwise, it goes to the terminating state.

Networking State: In this state, the exchange of user, control and data packets can be started. The connection remains in this state until one of the endpoints wants to terminate the connection.

Terminating State: When the connection is in this state, several packets are exchanged between the two endpoints and the link is cleared.