Generation of Computer 1st to 5th

The history of computers is a computer science topic that is often used to reference the different generations of computers. There is mainly five Generation of Computer in history still now.

The first electronic computer was developed in 1946 at the University of Pennsylvania in the USA. This computer named as ‘Electronic Numerical and Calculator (ENIAC)‘. The High-Speed Vaccum Tube is the main component of the first generation of computers. First-generation computers have mainly relied on the lowest-level machine language. So, it could only solve a single problem at a point in time. 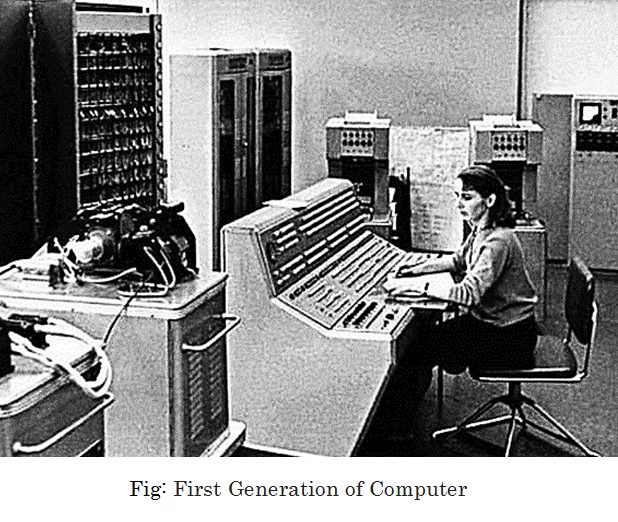 The disadvantage of the First Generation of computers is that those computers are very enormous in size and heavy in weight. Because it is made of thousands of vacuum tubes and occupies large rooms.

In these generations of the computer, Transistors are invented, transistors are reliable when compared with a tube. They occupy less space and they require less power. Another major issue in this generation is magnetic memories are invented. The Second Generation of computers uses the first high-level programming languages. It allows programmers to specify instructions in words. At this time, the first versions of COBOL, ALGOL, SNOBOL, and FORTRAN languages were developed. 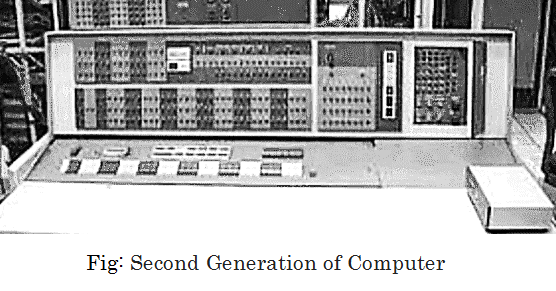 The disadvantage of Second-generation computers is that those computers have still relied on punch cards for input and hard copies for output. So, it was difficult to move the computers for the reason they were enough large and even some computers needed ACs.

In these generations of the computer, germanium transistors were replaced by Silicon Transistors, and medium-scale integrated circuits with 100 transistors per chip were developed. In the Third Generation Computers, the invention of IC incredibly decreased the size of computers. It also made it easy for transportation from one place to another. High-level languages such as PASCAL, and BASIC developed in this generation. 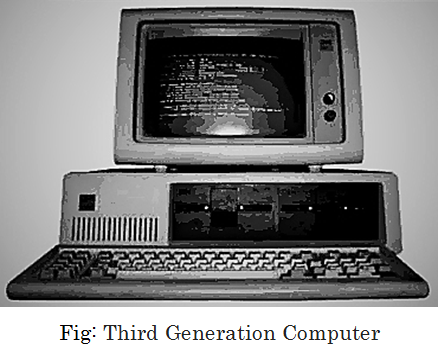 In these generations of the computer, VLSI (Very Large Scale Integrated Circuit) was developed. UNIX operating system was developed in this time period. In this generation, the first personal computer named “ALTAIR” was developed by the company MITS in 1974. This computer was used Intel Corporation’s 8080 microprocessor. 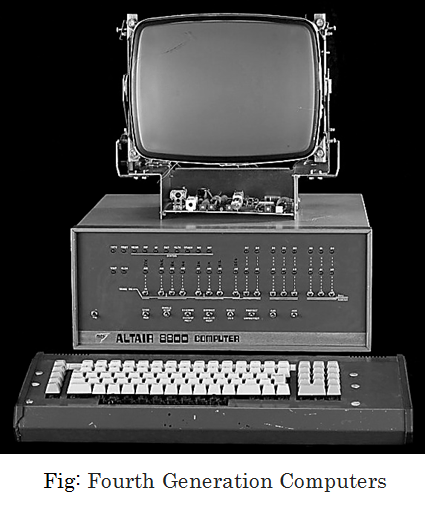 In this generation of computers, it is based on parallel processing hardware and AI (Artificial Intelligence). Artificial intelligence (AI) is the main innovative component of the Five Generation of Computers. AI means the method of making computers think like human beings. 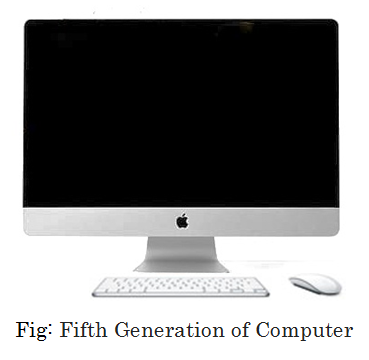