Properties of an Algorithm

An algorithm is an effective, efficient method that can use to express the solution to any problem within a finite amount of space. It is also a well-defined formal language. There are five properties of an algorithm as given below: 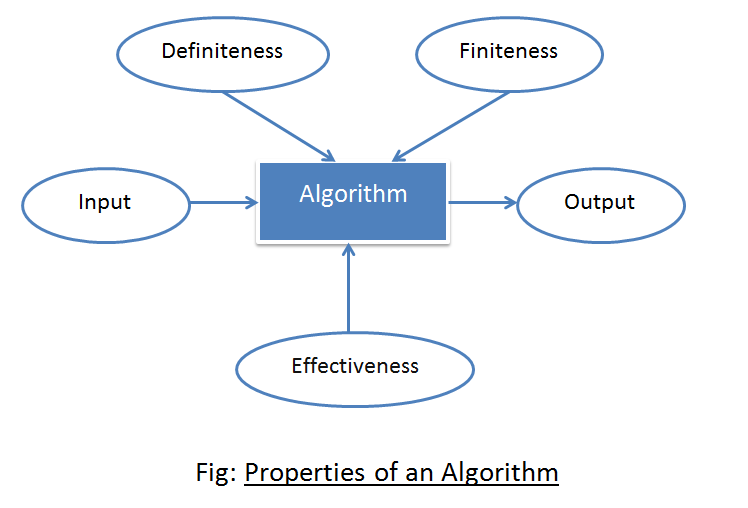 1. Input: An algorithm should have some inputs.

2. Output: At least one output should be returned by the algorithm after the completion of the specific task based on the given inputs.

3. Definiteness: Every statement of the algorithm should be unambiguous.

4. Finiteness: No infinite loop should be allowed in an algorithm.
Example:

1. It is a Step by step procedure for solving any problem says an algorithm.
2. An algorithm is a finite set of instructions, if followed and accomplishes a particular task.
3. It is a sequence of computational steps that transform the input into a valuable or required output.