Computer Network is a collection of autonomous computers interconnected by a single technology.

LANs are privately owned networks laid within a single building or a campus up to a few kilometres in size. It can distinguish from other kinds of networks by three characteristics: size, transmission technology, and topology.
Example: Ethernet 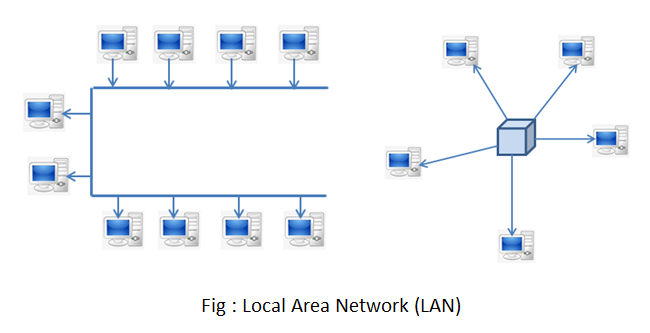 MAN is a network that is spread over cities or metropolitan areas. It may be partially or completely privately or publicly owned.
Example: Cable TV network. 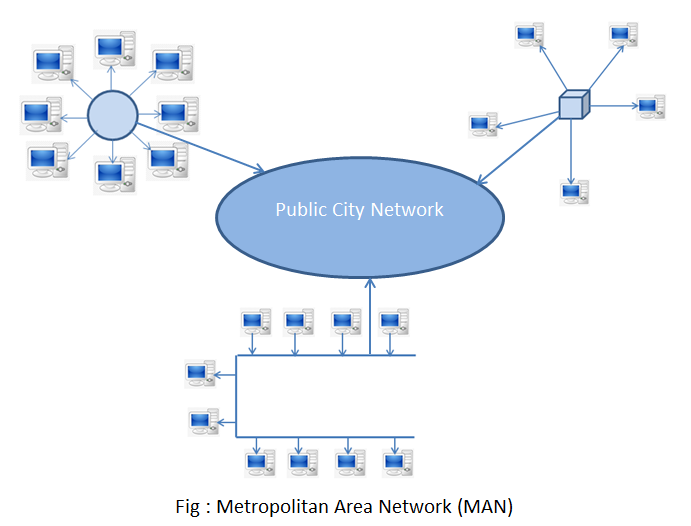 WAN spans over a large geographical area, often a country or a continent. In most of the WANs, the subnet consists of transmission lines that carry the bits and switching elements which are special kinds of computers that says Router which is connected with some transmission lines.
Example: Internet 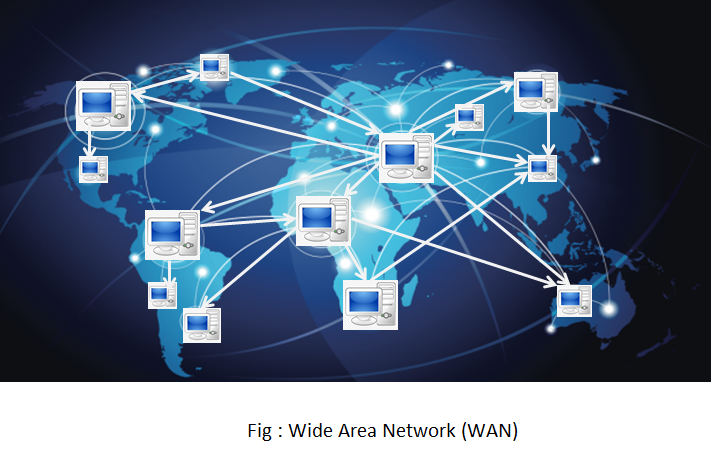