In 1970, The channel allocation problem was solved by Norman Abramson and his colleagues at the University of Hawaii. This method is one of the most primitive and elegant methods and that is known as Aloha in Networking. The basic objective of Aloha is that ground-based radio communication. The idea can be extended in the case where a single channel is shared by several computing nodes. There are two types of Aloha in Networking are used:

In this system, the users are allowed to transmit whenever they are ready with data. Due to the feedback property of any broadcasting system, if during transmission users listen to any collision then the users wait for a random amount of time and then start all over again. If listening during transmitting isn’t possible then the acknowledgement system must be there for the detection of any collision. This type of system in which multiple users share a common channel to exchange data that may lead to a collision is known as a Contention System. 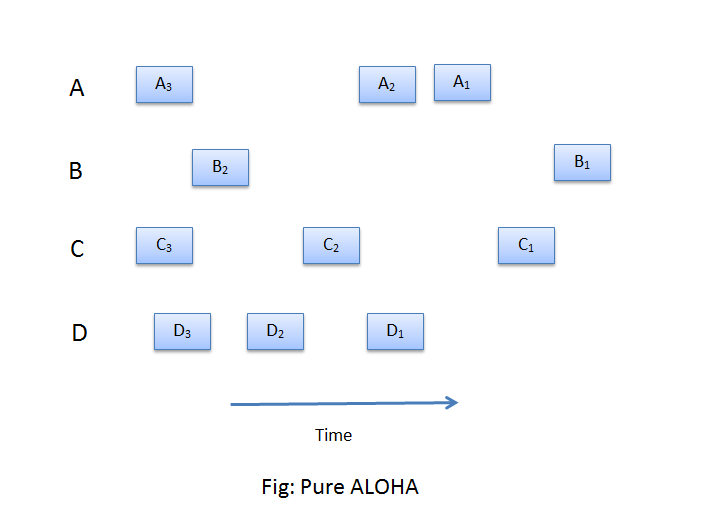 In 1972, another method was proposed by Roberts to improve the efficiency of channel utilization factor that is known as Slotted ALOHA. According to his proposal, time is divided into discrete intervals. A station can transmit only at the start of a time frame. To achieve synchronization, a special station transmits a beep at the starting of a frame time which acts as a clock for all the stations.
In this system, a station ready with data can’t send it during a running frame time, rather it will have to wait for the starting of the next time slot.