Different Types of Keys in DBMS

DBMS Keys are a data item that exclusively identifies a record.

Example: Account_number, Employee_number and customer_number is used as a DBMS Keys because they specifically identify a record stored in a database.

Types of Keys in DBMS:

There are six types of keys in DBMS are: 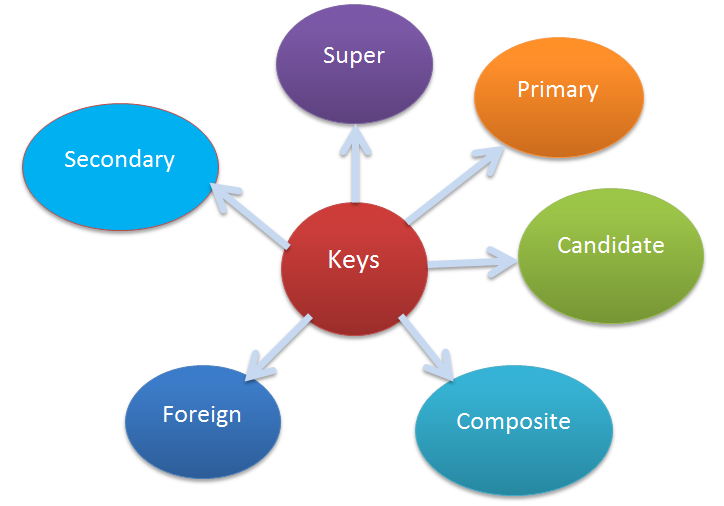 A Super key for an entity is a set of one or more attributes whose combined value uniquely identifies the entity in the entity set. Superset of any candidate key is also known as Super key.

The primary key uniquely identifies each record in a table and must never be the same for two records.
Example:

Here, Two Candidate Keys are present in this table is given below:

A composite key is a group of fields that it combines to uniquely identify a record. When we design a database, we will have tables that will use more than one column as a part of the primary key. So, it is called a composite key or concatenated key.

Here Two Composite Keys are present in this table is given below:

In relation, the column whose data values correspond to the values of a key column in another relation is called a Foreign Key.

Here, only one Foreign Key is present in both table is given below:

Webeduclick is an online educational platform where provides tutorials of programming languages. The purpose of this site is to help all students to take maximum advantage of their programming knowledge.