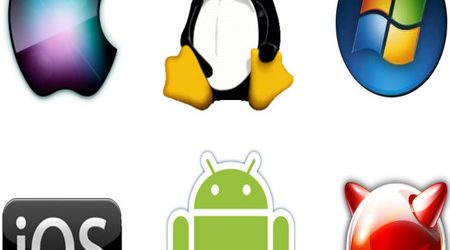 An Operating System is a collection of programs and utilities. It is an interface between the user and the computer. It creates a user-friendly environment which is the main function of OS. Another main function of OS is resource management. It acts as the manager of these resources and allocates them to specific programs and users as necessary for their tasks. So, We can say that an OS is a resource allocator. It also collects resources from the network environment. The Structure of the Operating System is stated below:

The Structure of the Operating System consists of 4 layers, and these are:

There are mainly five types of Operating Systems are available in the world.
1. MAC
2. Windows
3. LINUX
4. UNIX
5. Solaris

macOS is the most attractive operating system for personal computers and workstations. It was developed by the American computer company Apple Inc. This OS introduced in 1984 to run the company’s Macintosh line of PCs. A popular feature of its latest version is macOS X. It is a desktop interface with some 3-D appearance characteristics.

It is a series of OS developed by Microsoft. Each version of Windows includes a graphical user interface (GUI). Microsoft created the Windows operating system in the mid-1980s. It is designed for both home computing and professional purposes.

Linux is an open-source operating system. It has a graphical user interface (GUI), and the same types of software you are accustomed to. Such as word processors, photo editors, video editors, and so on.

UNIX was first developed by Ken Thompson and Dennis Ritchie at AT&T Bell Labs in the 1960s. It is a stable, multi-user, multi-tasking Operating system for servers, desktops and laptops. It also has a graphical user interface (GUI) similar to Microsoft Windows.

Solaris OS is the UNIX-based operating system of Sun Microsystems with roots in the BSD operating system family that says SunOS. The first version of SunOS was published in 1982 With version 4.0. It can handle a large workload and still keep operating smoothly across databases, systems and applications.