It refers to how the nodes within a network are laid down either physically or logically. The Network Topology represents the connection of the links and nodes with each other.

There are mainly six types of network topology is given below:

In Mesh topology, each node has a dedicated point-to-point link to every other node. A fully connected mesh network having ‘n’ number of nodes has a total of nC2=n(n-1)/2 number of links. 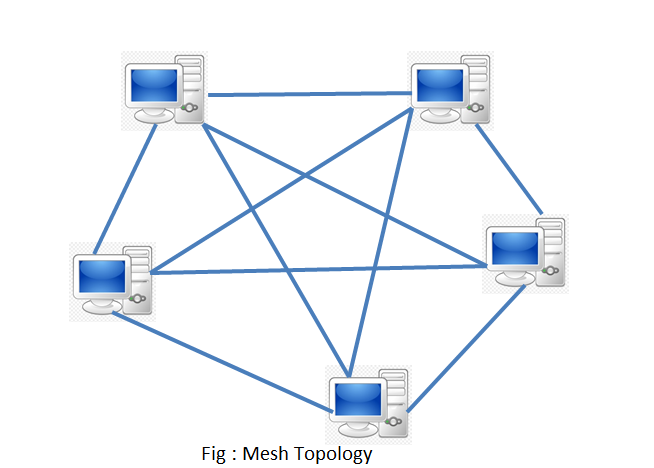 Advantages of Mesh Topology:
(i) Mesh topology is very robust. If a link fails, the data can transmit via other nodes and links as well.
(ii) In a mesh topology, there is no traffic problem and it also has full channel capacity that can be utilized specifically for carrying data between any two nodes.
(iii) As the link is not shared by other nodes, the data communication is highly secured.
(iv) In case of any fault, the dedicated link helps in easily detecting the faulty path in the network.

In star topology, each node has a dedicated link to a central node that is called ‘HUB‘. It acts as an exchange of data between any two nodes. In a star network having an ‘n’ number of nodes including the central node, the number of the link is (n-1). 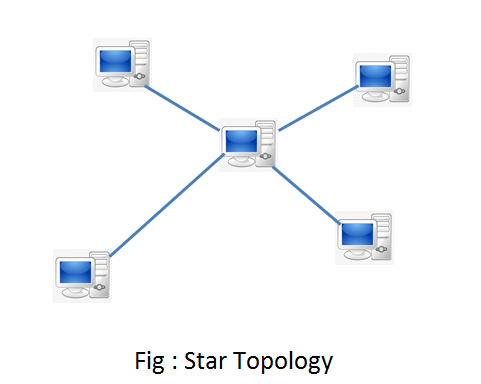 Advantages of Star Topology:
(i) Less number of links is required to install the network.
(ii) The installation of an additional node requires only one link.
(iii) Each node requires only one hardware port.
(iv) The easy structure of the star network facilitates it to install and reconfigure.
(v) Failure of one link or node doesn’t affect the operation of the rest of the network.

Advantages of Bus Topology:
(i) It is easy to install devices in bus topology.
(ii) As a single backbone travels so it is easy to lay down in any suitable path.
(iii) Devices can be attached to the nearest point of the backbone, so the length of the drop line is very small.
(iv) No routing control is required as the message can reach all the nodes.

In a ring topology, each device has a dedicated point-to-point link only with the next device on either side of it. All the devices form a closed loop and the signal travels in one direction through the ring until it reaches the destination. Each device receives the message and if the destination device is different from itself and it regenerates the message and passes it on to the next device. 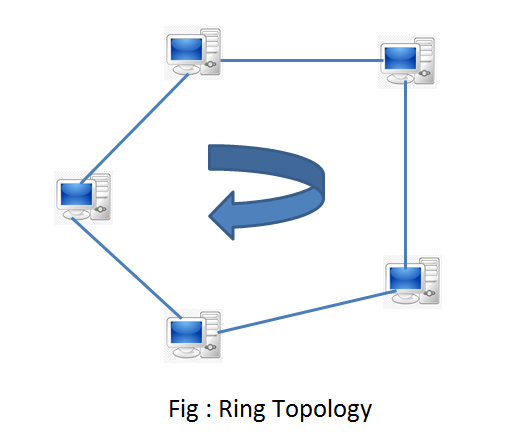 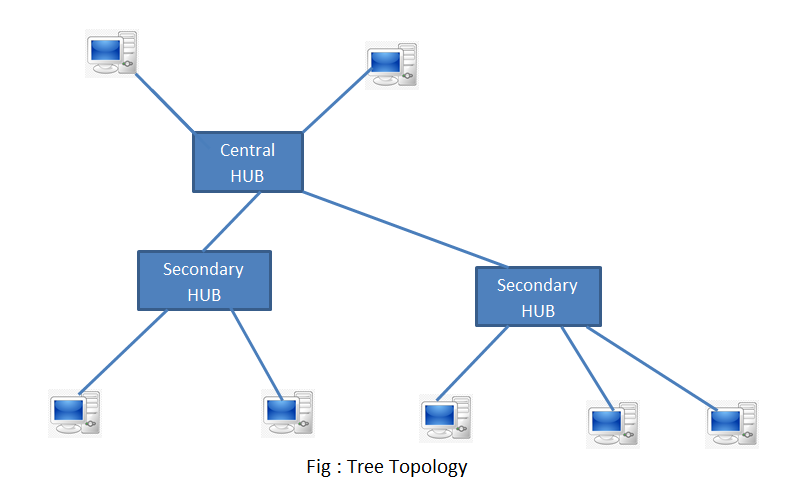 Advantages of Tree Topology:
(i) Using the secondary hub allows more devices to be attached to the network.
(ii) As the secondary hubs are planted locally and a single cable is used to connect them with the central hub, this may require less cabling thereby reducing the cost.
(iii) Different sections of the network remain active even in case of a breakdown of the central hub.

Hybrid Topology is a combination of two or more topologies.