Types of Projection in Computer Graphics

Projection is a technique which is used to transform a 3D object into a 2D plane. It is defined as the mapping or transformation of the object in a view plane. The view plane is displayed surface.

In Computer Graphics, there are mainly two types of projection, these are:
1. Parallel Projection
2. Perspective Projection 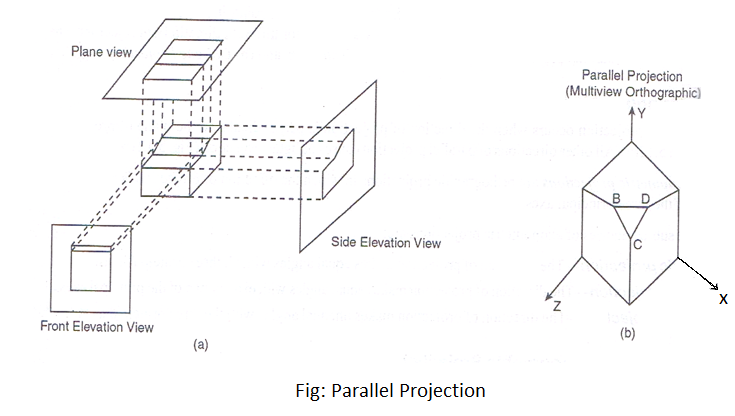 In Parallel Projection, the image points are found at the intersection of the view plane with parallel projectors drawn from the object points in a fixed direction. The two basic types of parallel projection are:
i. Orthographic Projection
ii. Oblique Projection 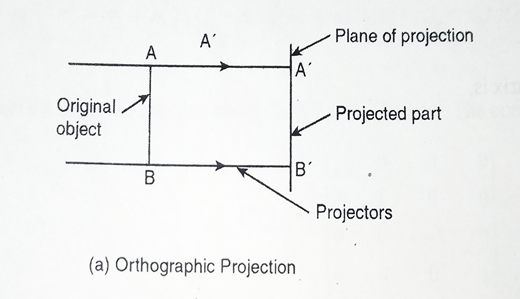 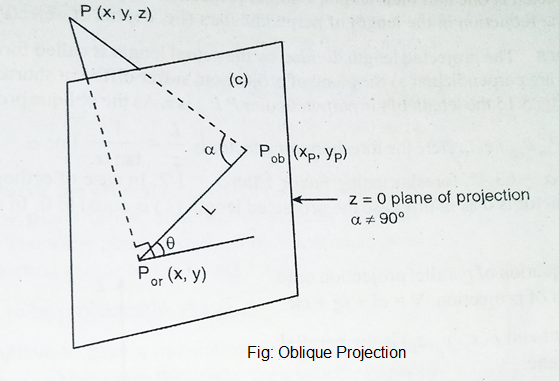 There are two types of oblique projection, these are:
i. Cavalier Projection
ii. Cabinet Projection

The direction of projection choose that there is no foreshortening of lines perpendicular to the plane of projection.

The direction of projection choose that the lines are perpendicular to the plane of projection is foreshortened by half their lengths.

A Perspective Projection of a 3D object, we transform points along projection lines which are not parallel to each other and coverage to meet at a finite point. It says Projection Reference Point or Center of Projection. 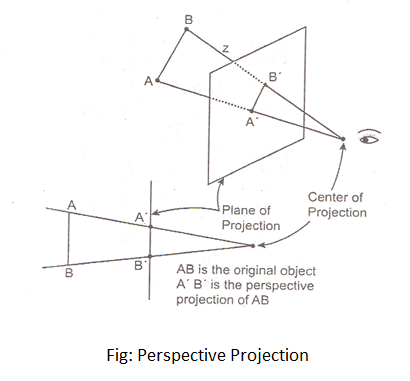