Δx, Δy ,Δz being the displacement of P in three principal directions x,y,z respectively.
Then we can express this 3D translation in homogenous matrix form as: 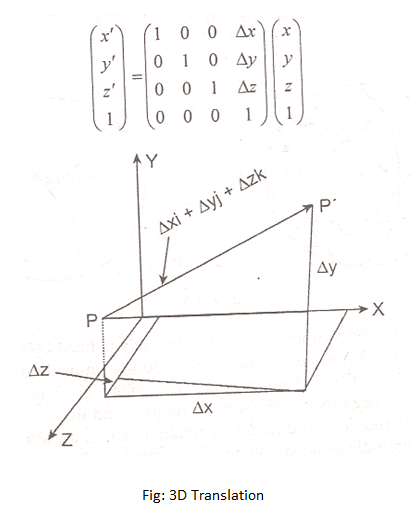 The matrix expression for scaling transformation, relative to the coordinate origin will be: Here rotation takes place in planes perpendicular to X-axis. Hence x coordinate doesn’t change after rotation while the y and z coordinates are transformed. The expression can be derived similarly as before if we replace the Z-axis in Fig: with X-axis and the other two axes accordingly, maintaining the right-handed coordinate system. 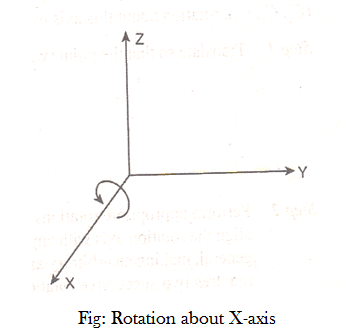 We replace Z-axis with Y-axis with the Z and X-axis respectively, 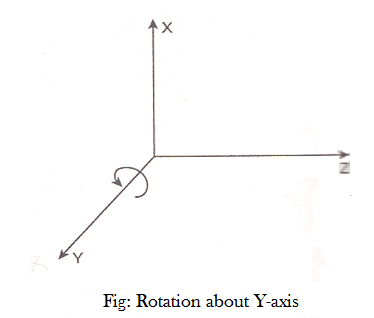 Reflection of objects in 3D occurs through a plane. A real life all the mirrors are planes in 3D space. Just like 3D rotation, there are some standard reflections and arbitrary reflections guided by the orientation of the reflecting plane. Reflection about coordinate planes XY, YZ, and ZX are standard ones and it can be easily derived as only one dimension or coordinate changes in each case.

After reflection the object goes on the opposite side of the reflection plane along the Z direction. So, in terms of coordinates z-coordinates get reversed in sign. 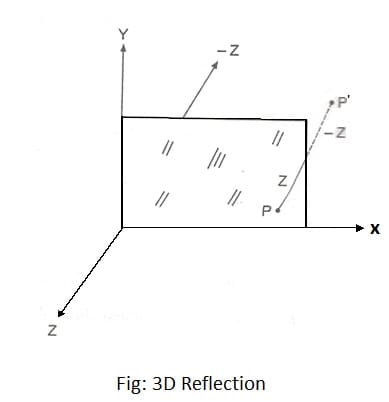 In this case, after reflection y and z coordinates remain unchanged while the x coordinate gets reversed in sign. 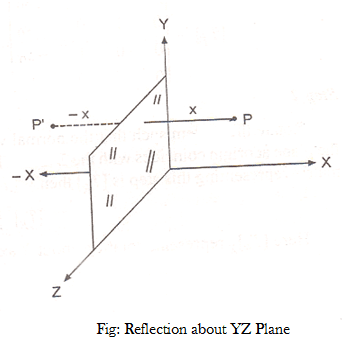 Here z and x coordinates remain unchanged while the y coordinates get reversed in sign only. 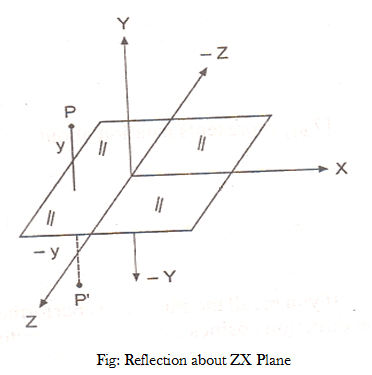 In 3D, we can also generate shears relative to the Z-axis and the result is the change of volume and 3D shape of any object. It is useful in three-dimensional viewing for obtaining general projection transformations.
Example: a Z-axis 3D Shear can be expressed as:
x’=x+az
y’=y+bz
z’=z
The corresponding transformation matrix is: 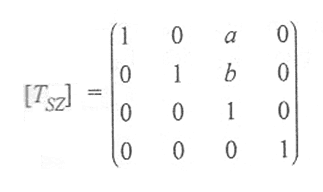 An X-axis 3D shear can be expressed as:
x’=x
y’=y+ax
z’z+bx
The corresponding transformation matrix is: 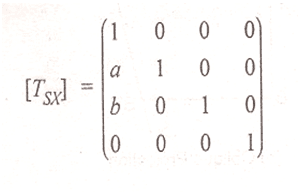 Similarly, a Y-axis 3D shear can be expressed as:
x’=x+ay
y’=y
z’z+by
The corresponding transformation matrix is: 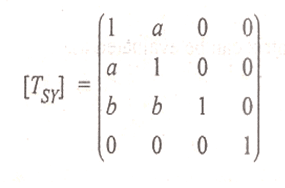