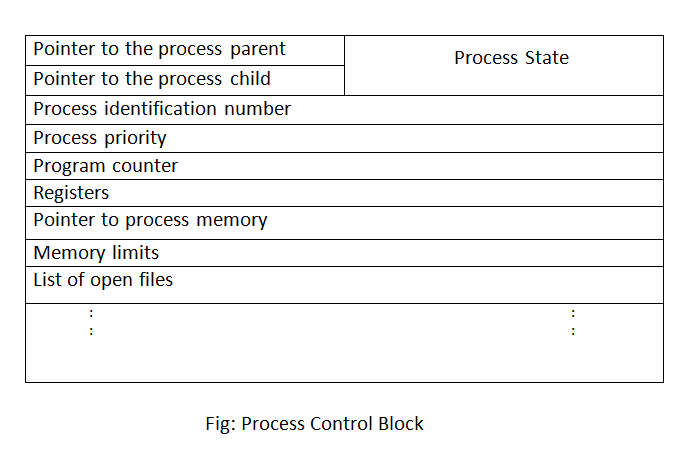 Systems that manage processes must be able to perform certain operations with the process. The operation on process include :
1. Create a Process
2. Destroy a Process
3. Resume a Process
4. Change the process priority
5. Block of Process
6. Wakeup a Process
7. Dispatch a Process
8. Enable a process to communicate with other processes

ii. Memory boundary violation: If a process needs more memory than the available memory, then the process is terminated from the running state.

iv. Parent Termination: When the “Parent Process” terminated, the child process also terminated automatically. The parent process has the authority to terminate any of its children.

vi. Invalid instruction: If a process has illegal instructions and the CPU fails to execute those instructions, then the process terminated.