C# Literals are value constants assigned to variables in a program. In C#, there are 6 types of literals are exists. 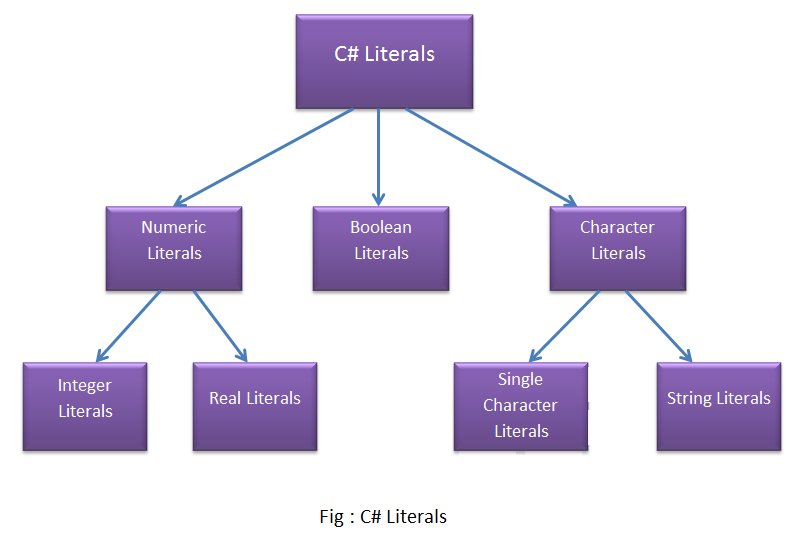 An Integer Literals refers to a sequence of digits. There are two types of integer namely:

Decimal Integers cosists of a set of digits, o to 9 preceded by an optional minus sign.
Example:

It is represented by numbers containing fractional parts that is called Real Literals.


A real literal may also be expressed in exponential notation.
Example:

There are two types of Boolean literals and that are :

A string literal is a sequence of characters enclosed between double quotes. The characters may be alphabets, digits, special characters and blank spaces.

In C#, there are supports some special backslash character constants that are used in output methods.