One of the most important protocols that operate in the data link layer is the High-Level Data Link Control (HDLC) protocol. It helps in activating the link. HDLC protocol also exchanges the data and deactivates the link between two successive nodes. The Basic Features of HDLC Protocol is given below:

HDLC uses asynchronous transmission. All the transmissions are in the form of frames. HDLC Frame Format figure is given below. 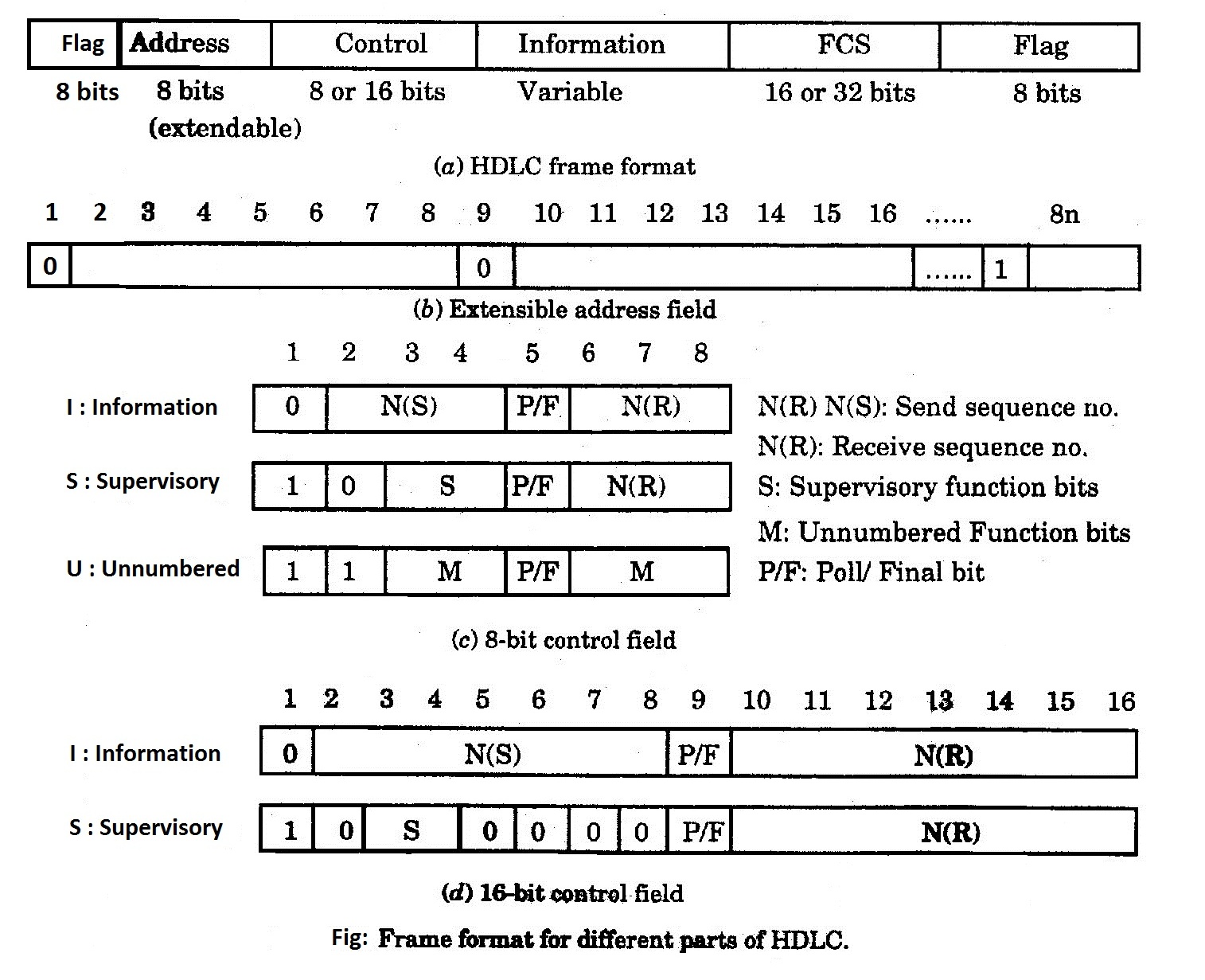 The flag, address and control fields that precede the information field constitute the header part. The FCS and flag field following the data field constitutes the trailer part.

Flag: Flag fields delimit the frame at both ends with unique pattern 01111110. A single flag may use for closing a frame as well as for opening the next frame. Bit stuffing uses for avoiding the pattern appearing inside the data part of the frame. With the use of bit stuffing, arbitrary bit patterns can be inserted into the data field of the frame. This property says Data Transparency.

Address: It identifies the secondary that transmits or is to receive the frame. This field does not require the point-to-point link but it is always used for the sake of maintaining uniformity. This field is usually 8 bits long.

It uses with an unbalanced configuration. The primary may initiate data transfer to a secondary. But a secondary may only transmit data in response to a command from the primary.

It is used with balanced configuration. Either of the combined stations may initiate transmission without receiving permission from the other combined station. ABM is the most widely used in the world. It makes a more efficient full Duplex point-to-point link as there is no polling overhead.

It uses with an unbalanced configuration. The secondary may initiate transmission without explicit permission from the primary. The primary still retains the responsibility for the line. It includes initialization, error recovery and logical disconnection. ARM is rarely used. It applies to some special situations in which a secondary may need to initiate transmission.