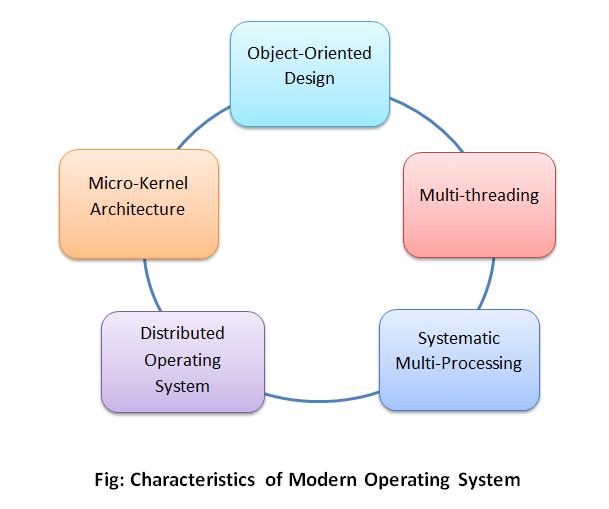 Object-Oriented Design is the largest trend in designing the operating system. In which the OS creates the objects for each facility, and each object has a set of operations.

An application or program divided into several smaller tasks. These tasks executed by the processor concurrently. These smaller tasks are called threads. A thread is a lightweight process or a dispatchable unit of work. A thread has some of the characteristics of a process. The number of independent threads in an application executed by the processor at the time says Multi-threading.

The advantage of using Systematic Multi-Processing over uni architecture. There are:
i. Throughput: It simply means the number of jobs executed by the processor in a time slot.
ii. Reliability: it means that if one processor failed due to hardware problems even can execute the jobs with other processors.
iii. From the user’s point of view, jobs are executed very fast.