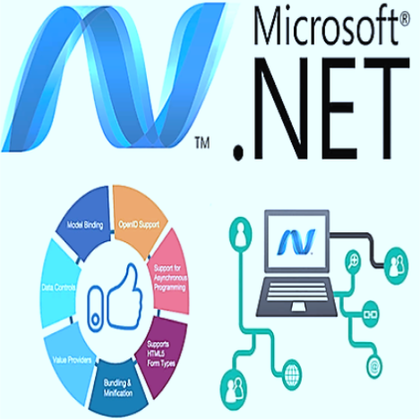 ASP.NET is the web formulation of a compiled language like Visual Basic, C#, J#, etc. Moreover, ASP.NET is an object-oriented language. ASP.NET is a platform for building, deploying and running web services and applications. It consists of components such as – CLR, Unified Class Libraries which includes classes, interfaces and data types that support a wide range of technologies.

ASP and ActiveX Data Objects (ADO) were given a boost in capability with the addition of XML-processing abilities. XML was, at this point, a massive deal in the developer community, and Microsoft wanted to appear to be fully embracing it, and so the whole of Microsoft’s product line seemed to be receiving an XML makeover.

How do I install ASP .NET on Windows?
ASP.NET Application Life Cycle
ASP.NET Sample Programs with Source Code
Working with Web Forms in ASP.NET
How Web Server Execute ASP.NET Files?
Features of ASP.NET Server Controls
HTML Server Controls in ASP.NET With Examples
Objects and Namespaces in ASP.NET
Data Types in .NET Framework
What are the Configuration Files used by the .NET Framework?
What is HTTP module and HTTP handler in ASP.NET?
How to implement Security in ASP.NET Web Application
What is the Difference between the ASP and ASP.NET?
Difference between ADO.NET and ASP.NET
Explain ADO.NET Architecture
Conditional Statements in ASP.NET with example
Loop Statements in ASP.NET
What is Array in ASP.NET?
How to Generate Cookies in ASP.NET?
What is Caching in ASP.NET with example?
What is Multithreading in .NET with example?
What are Major Events in Global ASAX file?
What is Controller in ASP .NET MVC?
What is Routing in ASP .NET MVC?
Action Results in ASP.NET MVC
What is View Engine in ASP NET MVC?
Built-in HTML Helpers in ASP.NET MVC
What is Razor View Engine in MVC?
Model Binding Architecture in ASP.NET MVC
Types of Model Binding in MVC
What is HTTP GET and HTTP POST in MVC?
Types of Data Annotation in MVC
Types of Validation in MVC
Components of .NET Framework Architecture
Advantages and Disadvantages of ASP .NET
Thread Life Cycle in ASP .NET
Types of DataAdapter in ADO.NET
What is DataSet and DataTable in .NET Framework?
What is Connected and Disconnected Architecture in ADO.NET?
How can I connect Database in ASP.NET?

Webeduclick is an online educational platform where provides tutorials of programming languages. The purpose of this site is to help all students to take maximum advantage of their programming knowledge.