Types of Switching in Computer Network

A computer network consists of many switching devices. A switching network is made up of a series of interconnected nodes called switches. In Computer Networks, there are mainly three types of switching, these are: 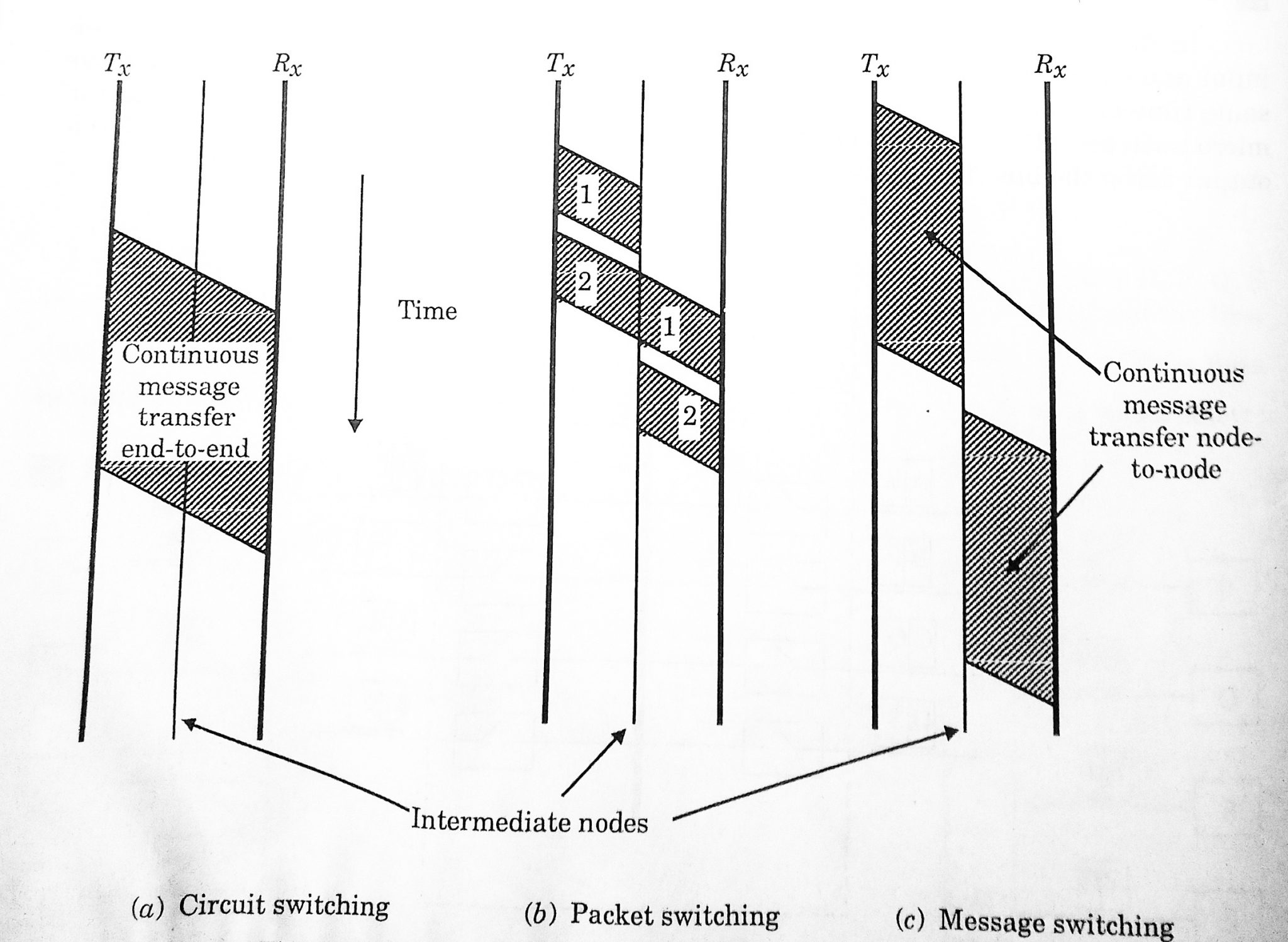 Circuit Switching is a dedicated path established between two communicating nodes before actual data transfer begins. The path means that connected sequence of physical links in which a logical channel is dedicated to the connection.
Example: Telephonic Communication.

There are three phases of circuit switching.

In circuit switching, data transfer can’t start automatically, before data transfer, a dedicated link is to established end-to-end. At first, the sender sends a request for connection to its attached switch. The switch depending on the destination address and the condition of traffic route the connection request to the next switch.

The second switch also does the same work. This process goes on until a switch is reached with which the destination node is connected directly. The last switch sends the connection request then it sends an acknowledgement signal to the sender. The time required for circuit establishment is 2-10 seconds depending on the network and the distance between the endpoints.

Once the connection establish, the data can transfer from one sender to receiver. Generally, the connection is full-duplex. In that case, the data can be exchanged both ways simultaneously. Data may be digital or analogue depending on the network architecture. The Data exchange is in a block and sent continuously. No routing or other controlling mechanisms require during data transfer.

i. Circuit establishment requires some time and if a dedicated path isn’t established end-to-end no data can be transferred.

ii. Once the circuit establishes the channel becomes transparent and data flow instantly without any delay.

iii. Circuit switching is efficient as data transfers only for a small fraction of the whole time channel was dedicated to the end parties. In the case of voice communication, the efficiency is still higher but it can never reach 100%.

In Packet Switching, the sender breaks the whole message into several packets of suitable length consisting of sequential packet numbers. No dedicated path establishes between the two end parties before data communication. The sender sends packets to the next node sequentially. Each node after receiving a packet decides the next route for the packet, the routing decision done by a node in the path before sending every packet.