Difference between FTP and SMTP

File Transfer Protocol (FTP) is a standard protocol for transmitting files from one computer to another using simple commands. It is a simple client-server application which requires establishing two TCP connections: 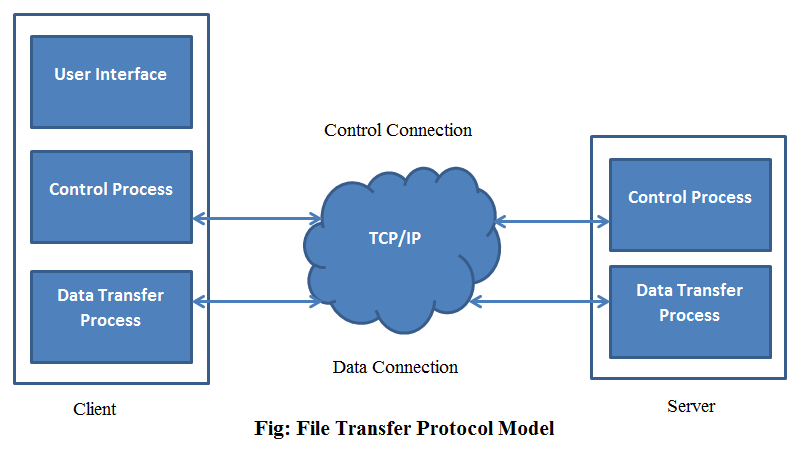 User Interface: User who wants to transfer data interacts with the system with the user interface block and tries to set up a connection with the FTP server. If it is successful then two connections are simultaneously established:

EBCDIC file: If one or both ends agree then the file may be transferred using EBCDIC encoding.

Image file: It is the default file format for transferring binary files, such as an image or compiled programs etc. The file is transferred as a stream of bits without any special character encoding.

FTP can transfer file in one of the following modes:
1. Stream Mode: It is the default mode of data transfer. The data are delivered from FTP to TCP. TCP is responsible for chopping the data into segments of suitable length. In the case of the file structure, no end-of-file character is required at the end of the file. It is used only for closing connections. In the case of record structure, the end-of-record is appended after each record and the end-of-file is appended after the end-of-file.

2. Block Mode: Data are delivered from FTP to TCP in a set of blocks. In this case, each block is preceded by a 3-byte header. The first byte represents the block descriptor and the rest two bytes represent the size of a block.