Types of Ciphers in Cryptography 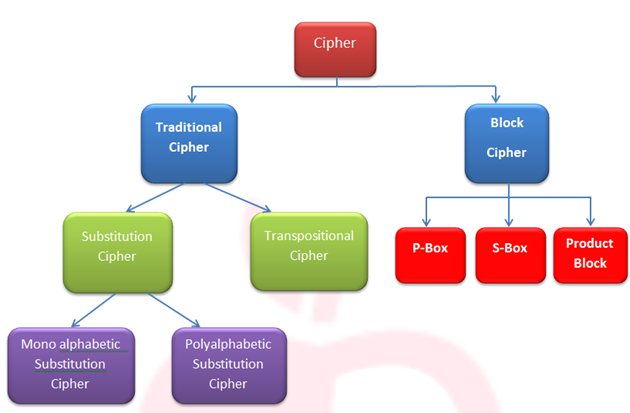 There are mainly Two Types of Ciphers in Cryptography:
1. Traditional Cipher
2. Block Cipher

Traditional Cipher – It is the earliest and simplest type of cipher in which a single character considers as the unit of data to encrypt. This is of two types:

Block Cipher – Unlike traditional cipher, a block of bits considers as a unit for encryption/decryption in block cipher. This plain text and the ciphertext considers as a building of blocks of hits. It is of three types:

i. P-Box – It stands for Permutation Box. It performs transposition at the bit level. It transposes blocks of bits within the plain text to form the ciphertext. The total number of 1’s and 0’s are the same in both plain text and ciphertext.