The integrity of the document must also be checked such that after signing the document it becomes protected and can’t be modified by any other agent. From the other point of view, the receiver must be able to prove that the document has come from the sender it is claiming which is called Non-Repudiation.

Integrity: The Integrity of the message is preserved because if an eve intercepted the message and modified the whole or part of it, the receiver after decryption will get a meaningless message and take necessary action.

Non-Repudiation: It is also achieved as the receiver can prove that the message when encrypted and decrypted with the desired sender’s private and public keys generate the same saved message.

Public-key encryption is efficient if the message length is small. But if it is very large then it becomes very efficient to encrypt and decrypt it with the public-key encryption method. One solution to this problem to this problem is generating a Message Digest. The digest will be a minimized version of the whole document. Then the encryption with the public key is done on that digest only, not on the whole message. 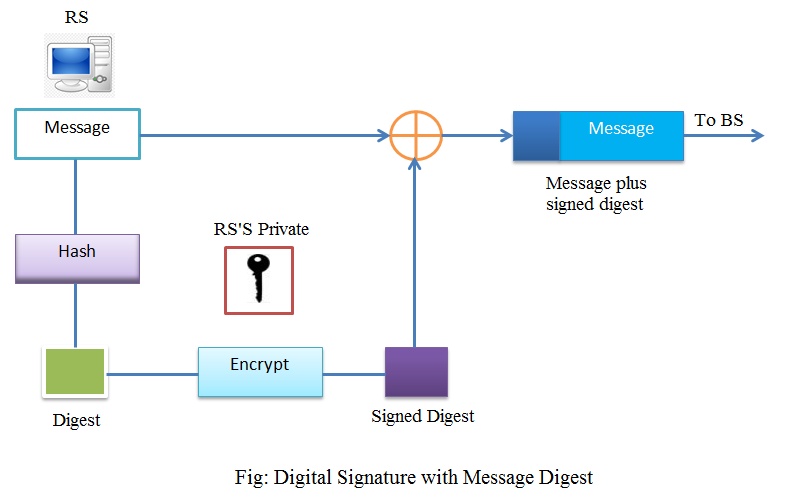 1. Hashing Should be one way.
2. The hashing and the message should have a one-to-one correspondence.