Internet Protocol Control Protocol is a set of packets that establishes and terminates a network connection for IP packets. IPCP packet is encapsulated within the PPP frame. The protocol value 802116 defines the packet encapsulated in the protocol as an IPCP packet. After configuration, the link is ready to carry IP packets and the protocol value is 002116 to indicate IP data packet is being carried. After delivering all IP packets, IPCP takes over the control and terminates the connection. 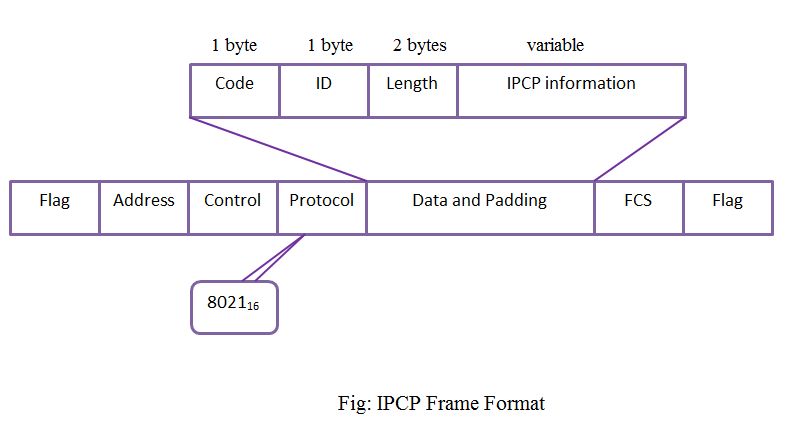