Network Components and Their Functions

Network Components are used to connect different devices within a single LAN and also multiple LANs.

Six types of network components operate at different layers of the OSI reference model as given below:

Repeater actually regenerates the incoming signal. It’s not an amplifier because an amplifier amplifies both signal and noise. On the other hand, the repeater interprets the incoming signal and regenerates it. It says that a signal while traversing from one place to another. The external noise affects the repeater. These factors limit the maximum transmission length of the cable.

Hub is basically a multiport repeater. It primarily used in the Ethernet network. A hub is specified by its speed of operation, technology and number of ports it has. The equivalent device is a token ring network, It says Multi-station Access Unit (MAU). 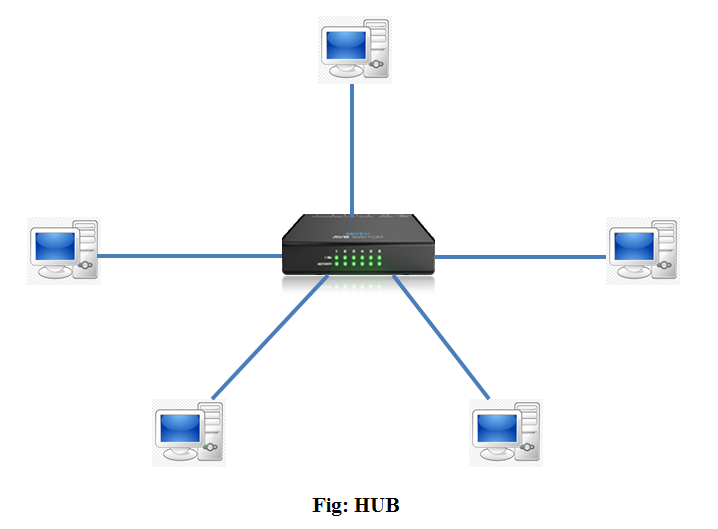 1. Passive Hub: It supplies cable connections by passing out all the signals entering the device through any port towards all other ports. It has no intelligence and doesn’t amplify or modify the signal in any way. This type of hub is now obsolete and not used in today’s networks.

2. Repeating Hub: This type of hub receives data through any of the ports and allows propagating the data out through all other ports of it simultaneously. This creates a shared network medium and joins the networked computers into a single collision and broadcast domain. It also supplies repeating functionality by amplifying the incoming signals as they propagate to other ports. This requires a power source to boost the signals.

3. Intelligent Hub: It performs the same as a repeating hub along with some form of management capability. The objective is to provide the network administrator with a control source of information about the hubs and the systems connected to them.

Bridge operates both at physical and data link layers. They can join two or more segments of LAN. They use a filtering technique thereby controlling congestion and isolating problem links when a frame enters a bridge, it regenerates the signal and forwards it to the segment in which the destination address belongs. 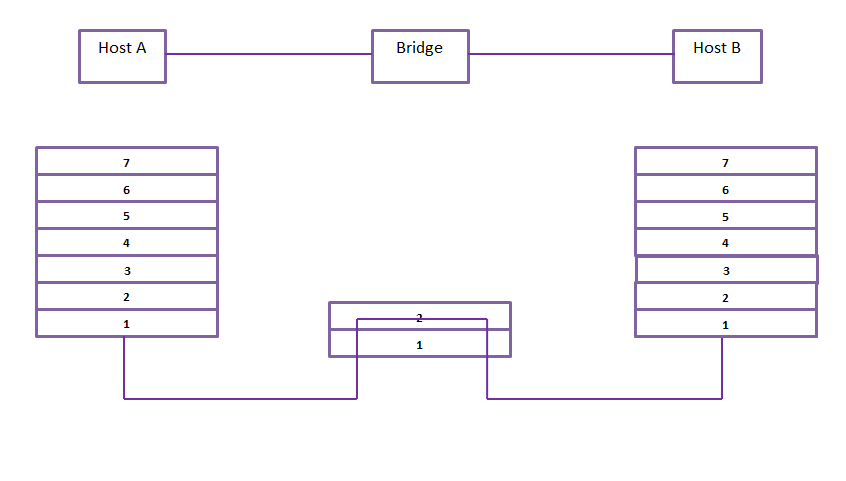 1. Simple Bridge: It is the most primitive and least expensive type of bridge. It links two segments and contains a table that lists the addresses of stations that are included in each segment. The table must be created and maintained manually that’s why it is time-consuming and laborious.

2. Multiport Bridge: It can be used to connect more than two LANs. It maintains a table for each port containing the physical addresses of each station within that segment.

3. Transport Bridge: Transport or learning Bridge learn during its operation, and builds its table automatically for storing addresses of the station with the connected or adjacent LANs. When it is first installed, the table remains empty. As soon as a packet reaches it, it reads the source and destination address, then it relays the packet to all the stations in all the segments.

It uses the source address to build its table with the first packet transmitted by each station the bridge learns the segment associated with that station. Transport Bridge also self-updates its table during its learning.

4. Source Route Bridge: It is used in multi-segment token ring network. in this bridging system, the path to the destination is determined by the workstations and contained in each packet.

A switch is essentially a multiport bridging device in which each port represents a separate network segment. It forwards the traffic only to a single port needed to reach the destination. As no single shared medium is used within it, the probability of collision and congestion is very low.
The switch operates at layer 2 of the OSI reference model. It can learn the topology of the network and performs forwarding and packet filtering.

1. Cut-through Switch: It reads only MAC addresses from an incoming packet and looks up the addresses in its forwarding table. It immediately begins to transmit it out through the intended port towards the destination.

It forwards the frame without error checking and even before receiving the whole packet, thereby reducing the latency time. However, if the destination port is busy, it buffers the incoming frame in memory, but it doesn’t check for errors.

2. Store and Forward Switch: It stores the entire incoming packet in a buffer, checks for CRC error and if there is no error, forward it to the intended port. In case of an error, it discards the packet.

Router connects two completely separate LANs at the network layer forming a single large network with two collision domains. It is more intelligent in selecting the most efficient path towards the destination. A router can be either hardware or software and it is protocol-specific such as IP at the network layer. 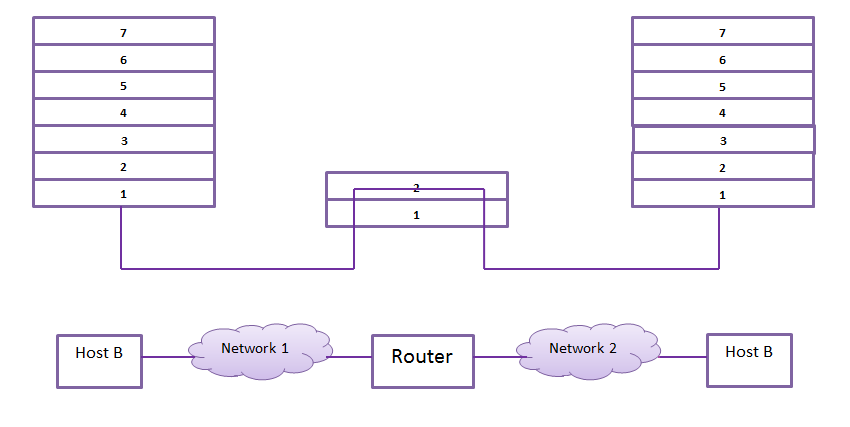 The basic function of a router is to route a packet towards the destination along the best possible path. Each router on the path of a packet says Hop. The objective of a hop is to minimize one of the metrics such as the number of hops required for a particular packet.

Gateway is used to connect two networks that it may work upon different networking models. It works like the messenger agents that take the data from one system, interpret it and transfer it to another system. Gateways are also called protocol converters and they also can operate at any network layer. 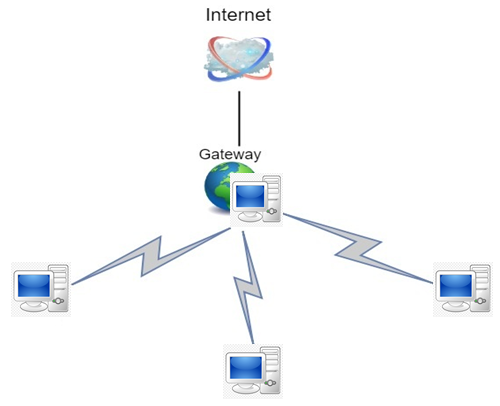