It is a group or combination of computers connected by some networking devices such as a hub or switch. It forms a single broadcast domain. If a machine wants to broadcast a message then the message is received by all other machines in the LAN. Nowadays LAN can be configured logically with the help of networking device software. With this, k number of machines physically connected to a switch may be grouped into several logical LANs. This is known as Virtual Local Area Network (VLAN). Virtual Private Network (VPN) is an extension of a private network that group links across shared or public networks.

VLAN can be implemented through a VLAN-capable switch, no other special device is required at all. The switch contains built-in software which the network administrator has to configure to form the VLAN. It has to form the workgroups, give membership to them, monitor them and if required them. 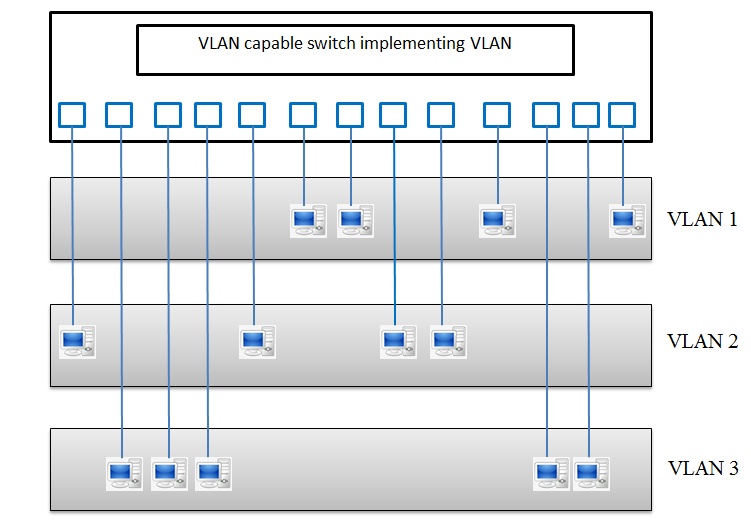 There are different characteristics of the network are used for including a station in a VLAN:

VLAN can be configured manually in which the formation of VLAN as well as the migration of a station from one VLAN to another is done manually by the Network Administrator. In the case of automatic configuration, the stations are automatically connected and disconnected from the VLAN depending on some criteria set by the Network Administrator. This configuration can be semi-automatic also in which the initial configuration is done manually but any change is done automatically.