It is an improved version of the leaky bucket algorithm, which can adjust flow in case of burst traffic. It allows sending bursty traffic when required, up to the maximum size of the bucket. 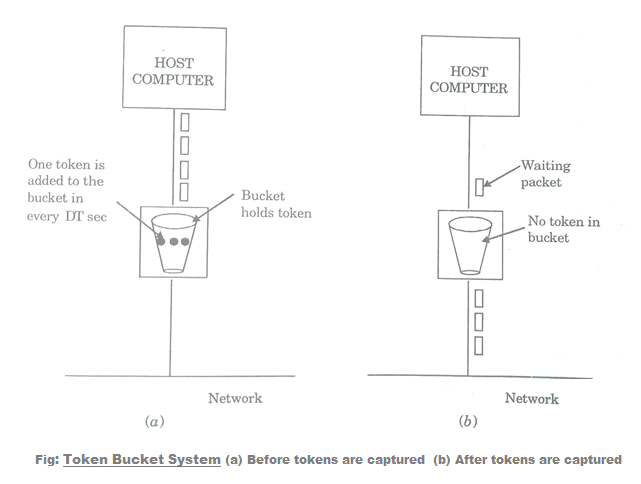 2. Counter incremented by one in every DT second.

3. The counter is decremented when the packet is sent.