Who is the father of C programming?

In 1970, C Programming developed by Dennis Ritchie at Bell Laboratories. So, Dennis Ritchie called the father of the C programming language. He is an American Computer Scientist and his full name is Dennis MacAlisar Ritchie. 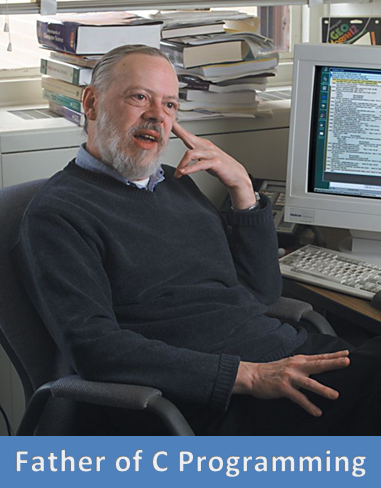