What is BIOS and its function?

Although every personal computer uses the same essential sub-assemblies, each sub-assembly is designed a bit differently. This is especially true of the processing components contained on a motherboard. Unfortunately, variations in hardware make it difficult to use a single standard operating system. Instead of tailoring an operating system and applications to specific computers say a Basic Input Output System (BIOS). The BIOS and its function are given below: 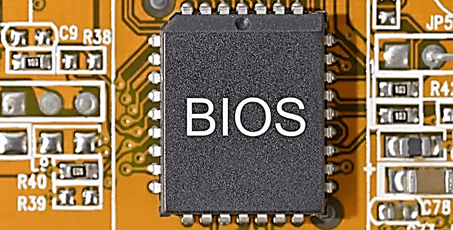 It added ROM ICs to provide an interface between the raw PC hardware and the standardized operating system. BIOS gives OS access to a standard set of functions. As a result, every system uses a slightly different BIOS, but each BIOS contains the same set of functions that an OS can interface to.

BIOS and its function:

1. When we first turn on your PC, the processor is “raring to go“, but it needs some instructions to execute. However, since you just turned on the machine, your system memory is empty, and there are no programs to run. To make sure that the BIOS program is always available to the processor. Even when it was first turned on, it “hard-wired” into a read-only memory (ROM) chip placed on the motherboard.

3. The BIOS comprises several separate routines. The first part runs as soon as the machine powered on. It inspects the computer to determine what hardware is fitted and then conducts some simple tests to check that everything is functioning normally. This process says the Power on Self Test (POST).

There are mainly five types of BIOS into a Computer:
i. System
ii. Video
iii. Drive-controller
iv Network-adapter board
v. SCSI-adapter