What are Things You Should Never Say in a Job Interview?

Things You Should Never Say in a Job Interview:

Some people ask this question before the interviewer has a chance to even ask their first question and this is a big mistake. It makes it seem as if all you’re after is money. As a rule, wages and salaries aren’t discussed during the first interview.

A job candidate must research the company for which they want to work before going into a job interview with them. Look the company up on the Internet and read as much as you can about it and take notes. try to find the company’s Annual Report and read it. Your local libraries can help you do that.

3. “Do not use SLANG words or phrases in your job interview”:

The interview isn’t a casual conversation with friends on a street corner or in a lounge. It is a format converter and it requires the use of good grammar. There is not time enough during an interview for the interviewer to figure out what you’re talking about. They also should not have to figure it out. 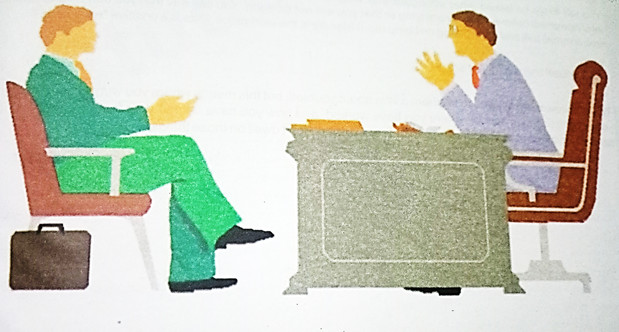 On the other hand, even if they do understand you, you’re being disrespectful and overly casual in the interview by using ‘SLANG‘. You’ll also sound like you’re playing and serious about doing good work, and the interviewer won’t take you seriously. Just don’t do it.

4. “What can you do for me What are the benefits like vacations, promotions and bonuses?”:

Hiring officers and job interviewers like job candidates with self-confidence, but they don’t like selfish people. The first interview you have with a company is all about what you can do for them. You aren’t doing them a favour by interviewing with them, so keep these questions until the second interview or until the interviewer opens up the subject. The interviewer will ask you why the company should hire you and then you can emphasize the skills, talents and contributions you have to offer them.

5. “No profanity or cursing of any kind”:

You must never curse, or use any kind of profanity in any job interview. Don’t say “damn”, “hell”. That is cursing and profanity.

Do not refer to people of other genders, sexual orientations, nationalities, ethnicities, races, handicaps, religions or other diversity in any slang terms, slurs or other denigrating languages.

7. Do not criticize any former employer:

Bashing a former boss, or criticizing them in any way, lets the interviewer know that you’ll do the same to them if you leave their company. Instead, you can explain that you had a difference of opinion with your former employer regarding work philosophies or styles. Do not well on your about an employer where things did not go so well for you, make it short.

Saying NO says to the interviewer that you’re not very interested in the company and not very smart. So, be smart. When you research the company before your interview, come up with at least three questions to ask about the company itself during the interview.

9. I don’t have any weaknesses:

You’ll likely be asked what strengths and weaknesses you have. If you say you don’t have any, the interviewer will believe that you are lying or that you aren’t thinking. You can say that you don’t like to waste time on small talk and are working on being more friendly in the workplace. This is a positive “weakness“.

the interviewer will ask you to tell them a little about yourself, but this means where you went to school, what you accomplished in school, where you have worked, and how you have helped your former employers.