The USB system is logically a tree topology but physical is a star topology because each USB device communicates directly with the Root Hub. There is only one host Controller in any USB system. A USB system consists of: 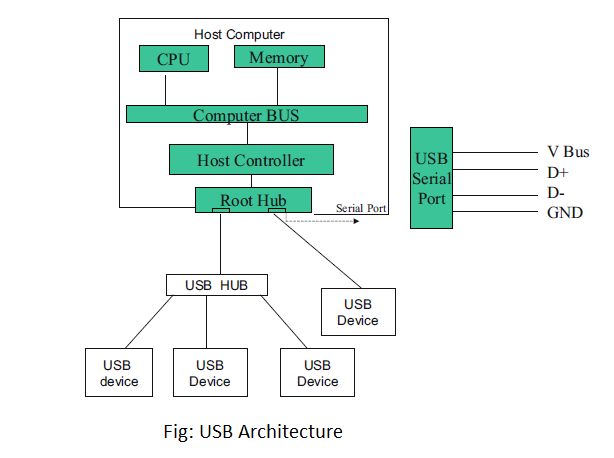 A USB port has four pins, which consists of four wires, with the V bus used to power the devices.

USB device is divided into the classes such as a hub, printer, or mass storage. The USB device has information about its configuration such as class, type, manufacture ID, and data rate. The host controller uses this information to load device software from the hard disk. USB device might have multiple functions such as a volume in a speaker. Each function in a USB device is specified by the endpoint address.