SSD is a solid-state storage device that uses integrated circuit assemblies to store data persistently. It typically uses flash memory and functions as secondary storage in the hierarchy of computer storage. So, It also called a semiconductor storage device. The main advantages of using SSD are that it is a much faster access time, noiseless operation, higher reliability, and lower power consumption.

SSD stands for solid-state drive. The hard drive is a slow device, but SSD has faster access time than HDD. SSD made of nonvolatile NAND flash memory. 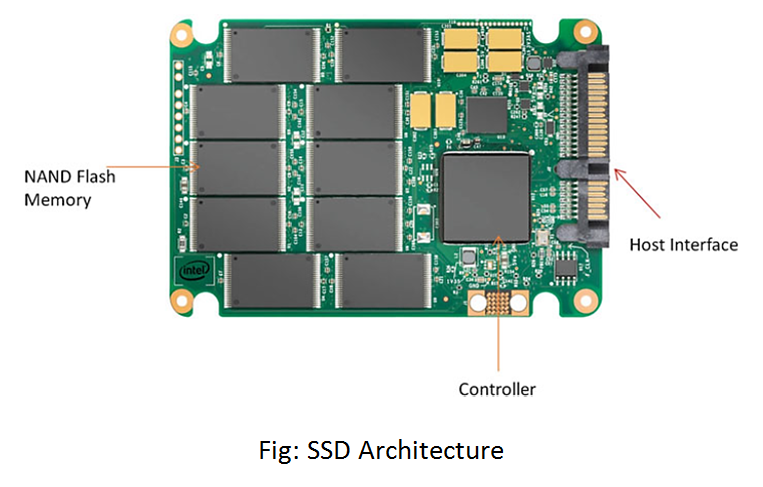 Above the figure of the Architecture of SSD, it takes the raw data stored in the NAND flash and makes it look and act like a hard disk drive. It contains the microcontroller, buffer, error correction, and flash interface modules.