Counters employed in digital systems quite often require a parallel load capability for transferring an initial binary number before the count operation. It shows that the logic diagram of a binary counter has a parallel load capability and can also be cleared to 0 synchronous with the clock. When equal to I, the clear input sets all the K inputs to I, thus clearing all flip-flops with the next clock transition.

The input load control when equal to I disables the count operation and causes a transfer of data from the four parallel inputs into the four flip-flops (provided that the clear input is 0). If the clear and load inputs are both 0 and the increment input is I, the circuit operates as a binary counter. 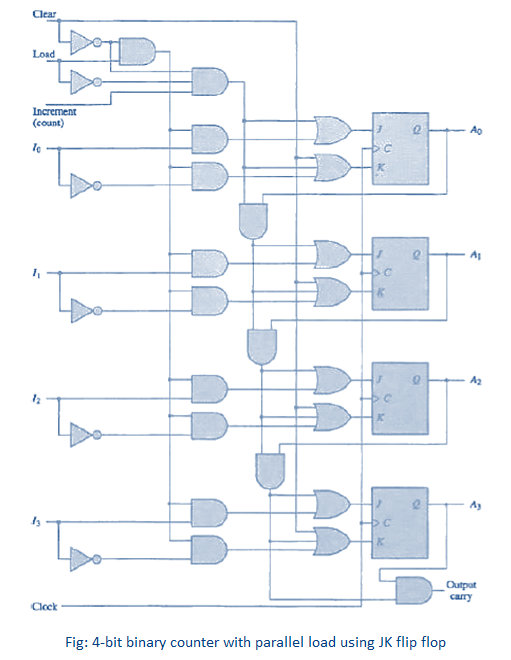