A recursion function is said to be Tail Recursion if there are no pending operations to be performed on return from a recursive call. 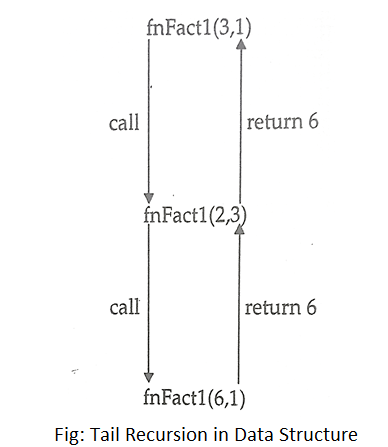