Problem Reduction in AI with example

We already know about the divide and conquer strategy, a solution to a problem can be obtained by decomposing it into smaller sub-problems. Each of this sub-problem can then be solved to get its sub-solution. These sub-solutions can then be recombined to get a solution as a whole. That is called is Problem Reduction. This method generates arc which is called as AND arcs. One AND arc may point to any number of successor nodes, all of which must be solved for an arc to point to a solution. 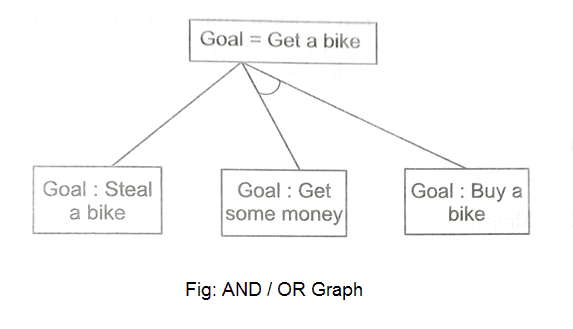 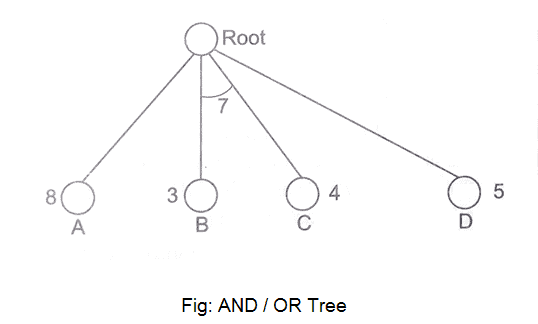 1. Initialize the graph to the starting node.

2. Loop until the starting node is labelled SOLVED or until its cost goes above FUTILITY:

(i) Traverse the graph, starting at the initial node and following the current best path and accumulate the set of nodes that are on that path and have not yet been expanded.

(ii) Pick one of these unexpanded nodes and expand it. If there are no successors, assign FUTILITY as the value of this node. Otherwise, add its successors to the graph and for each of them compute f'(n). If f'(n) of any node is O, mark that node as SOLVED.

(iii) Change the f'(n) estimate of the newly expanded node to reflect the new information provided by its successors. Propagate this change backwards through the graph. If any node contains a successor arc whose descendants are all solved, label the node itself as SOLVED.