Exception Handling in C++ with Example

Exceptions are of two types, these are:

The purpose of the Exception Handling mechanism is to provide and detect a report of “exceptional circumstances” so that appropriate action can be taken. The mechanism suggests a separate error-handling code that performs the following tasks: 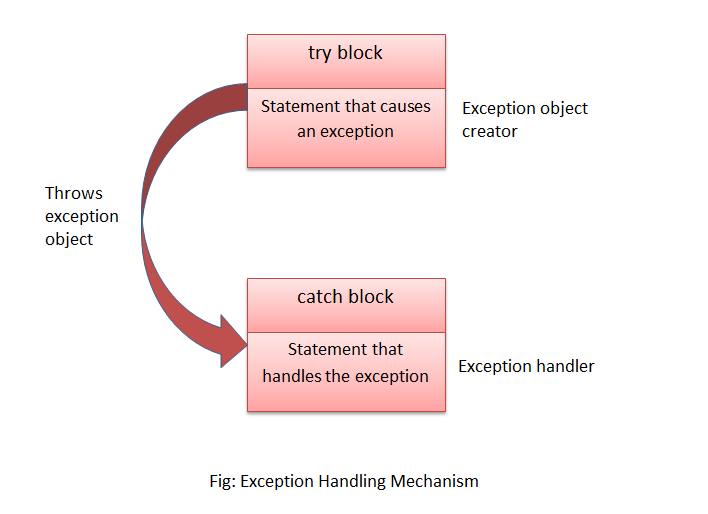 Throw: When an exception is detected, it is thrown using a throw statement in the try block.

Catch: The catch block catches an exception must immediately follow the try block that throws the exception.

It is possible to restrict a function to throw only certain specified exceptions. This is achieved by adding a throw list clause to the function definition. It has the following syntax:

What will happen if an exception is thrown while executing a constructor? Since, the object is not yet fully constructed, if the constructor had reserved some memory before the exception was raised then there would be no mechanism to prevent a such memory leak. Hence, an appropriate exception-handling mechanism must be implemented in the constructor to handle exceptions that occur during object construction.