Backups are useful if there has been extensive damage to database. Backups are mainly two types :

Immediate Backup are kept in a floppy disk, hard disk or magnetic tapes. These come in handy when a technical fault occurs in the primary database such as a system failure, disk crash, or network failure. Damage due to virus attacks repaired using the immediate backup.

Archival Backups are kept in mass storage devices such as magnetic tape, CD-ROMs, Internet Servers etc. They are very useful for recovering data after a disaster such as fire, earthquake, flood etc. Archival Backup should be kept at a different site other than where the system is functioning. Archival Backup at a separate place remains safe from thefts and international destruction by user staff. 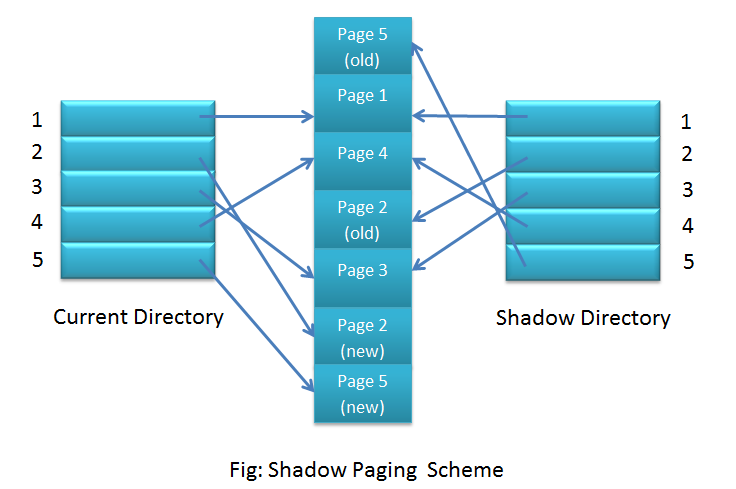 These system can use for data recovery instead of using transaction logs. In Shadow Paging, a database is divided into several fixed-sized disk pages, say n, thereafter a current directory creates. It has n entries with each entry pointing to a disk page in the database. the current directory transfer to the main memory.