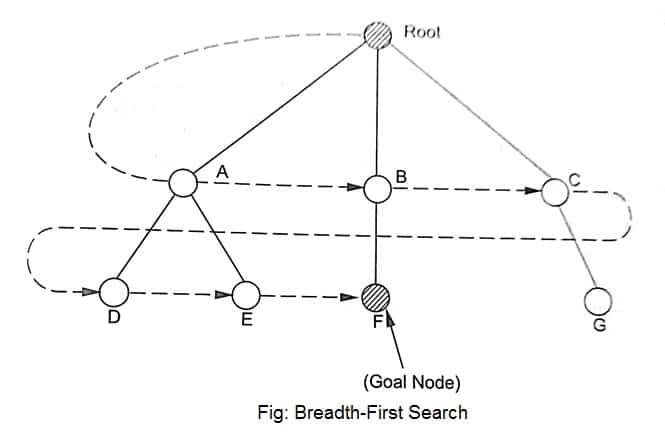 Step-1: Put the start (initial) node on a list that is called OPEN of unexplored nodes. If the start node is a goal node, a solution has been found.

Step-2: If(OPEN is empty) or (OPEN=GOAL) then no solutions exist, So, terminate the search.

Step-3: Remove the first node a, from OPEN and place it in a list called CLOSED of expanded nodes.

Step-4: Expand node If it has no successor Then go to Step 2.

Step-5: Place all successors of node a, at the end of OPEN.

Step-6: If any of the successors of node a, is a goal state then a solution is found.