It is based on a collection of connected units or nodes say artificial neurons, which loosely model the neurons in a biological brain. A neural network is the study of networks of adaptable nodes that learn from the task such as storing experimental knowledge. These networks have accuracy and significantly fast speed than conventional speed. Neural networks widely used techniques for learning by charging the weights assigned to the nodes or areas of a network. However, their name is a misnomer since they hear little resemblance to actual neural mechanisms. Its input is a sequence of numbers that indicates the relative proposition of some selected features. Output is another sequence of numbers that indicates the most likely concept characterized by that combination of features. Some application of the neural network is given below: 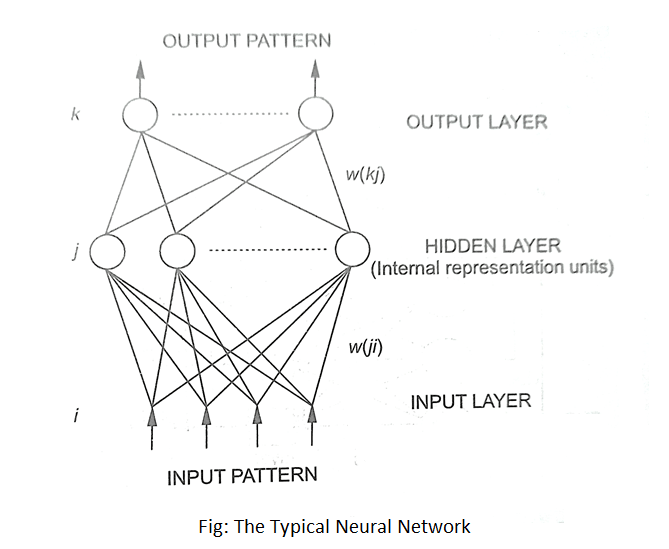 When a new input presented, the weights on the arcs combined with the weights on the outputs. In the learning stage, the system is told, whether the predicted weights are correct and various methods of backpropagation are used to adjust the weight on the arcs that lead to the result. Neural networks support digital computers with the ability to make sensible decisions to learn by experience.

1. Distributed Storage of data. Removal of portions of the net is possible. It does not degrade the quality of stored data.
2. Data stored in form of associative memory. Associative memory is one in which partial data are sufficient to recall the complete stored information.
3. Nets can be trained to find out the relationship between data.
4. Nets can interpolate and extrapolate from their stored information.
5. Quality of stored images degrades as some portion of the net is removed.

In a neural network, a device for explaining what any adaptable node has to do, it says Toy Adaptive Node (TAN). It may operate in two modes:
1. It can be taught during which time its function can change.
2. It is used during the time, it can’t change. 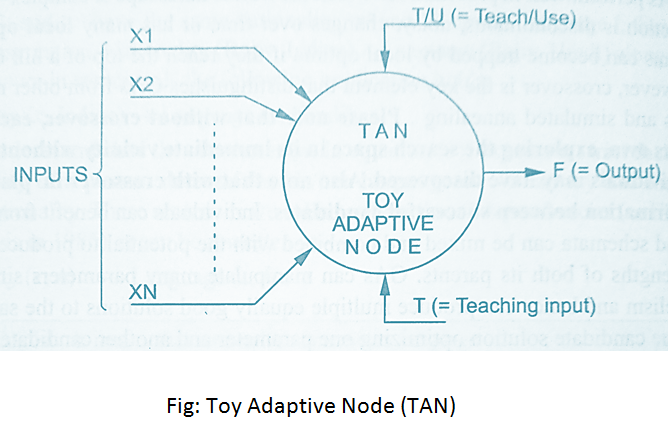 The human nervous system consists of about 1011 neurons and 1015 interconnection. The numbers can’t be matched by an artificial NN, the tasks that can be performed by ANN are also severely limited.
i. Huge & Massive connectivity
ii. Nonlinear, Parallel, Robust and Fault-Tolerant
iii. Ability to learn and generalize from known examples
iv. Collective behaviour is different from individual behaviour
v. Capability to adapt to surroundings 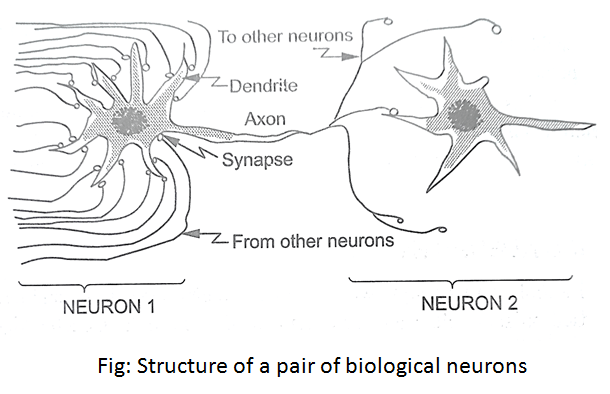 The above figure shows the structure of pair of biological neurons. Dendrites extend from the cell body to other neurons where they receive signals at a connection point that says a Synapse. On the receiving side of the synapse, these inputs are conducted to the cell body where they are summed. Some inputs tend to excite the cell, others tend to inhibit its firing. When the cumulative excitation in the cell body exceeds a threshold, the cell fires, sending a signal down the axon to the other neurons.