1. Hill Climbing can be used in continuous as well as domains.
2. These technique is very useful in job shop scheduling, automatic programming, circuit designing, and vehicle routing.
3. It is also helpful to solve pure optimization problems where the objective is to find the best state according to the objective function.

It is a state which is better than all of its neighbours but isn’t better than some other states which are farther away. At local maxima, all moves appear to make things worse. They are sometimes frustrating also as they often occur almost within slight of a solution. So, it is also called as Foot-Hills.

It is a flat area of the search space in which a whole set of neighbouring states(nodes) have the same order. On a plateau, it is not possible to determine the best direction in which to move by making local comparisons. A plateau is an area of the state space landscape where the evaluation function is flat. It can be a flat local maximum or a shoulder from which it is possible to make progress. 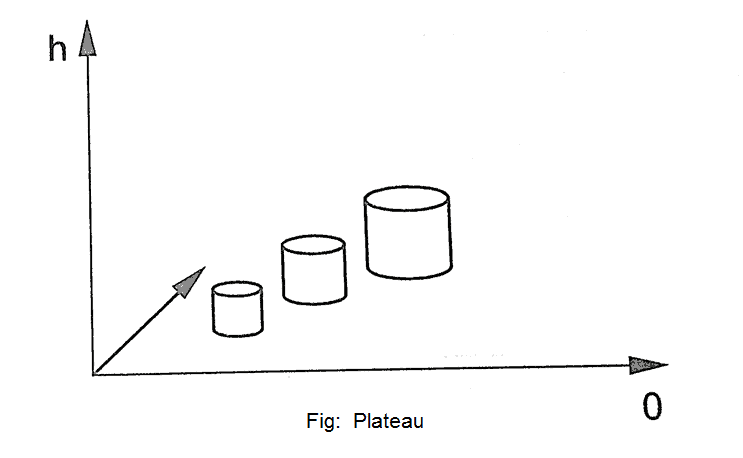 It is a special kind of local maximum. it is an area of the search space which is higher than the surrounding areas and that itself has a slope. We can’t travel the ridge by single moves as the orientation of the high region compared to the set of available moves makes it impossible.