The printer is an important accessory of any computer system, especially for a graphics system. Printer is used for documentation, print media, or books, etc. There are several two Types of Printer technologies available:

These printer have a mechanism whereby formed character faces are passed against an inked ribbon on to the paper in order to create an image.
Example: Dot Matrix Printer, Line Printer.

A dot matrix printer refers to a type of computer printer with a print head that runs back and forth on the page and prints by impact, striking an ink-soaked cloth ribbon against the paper. it’s just like a typewriter. Unlike a typewriter or daisy wheel printer, letters are drawn out of a dot matrix and thus varied font and arbitrary graphics can be produced because the printing involves mechanical pressure. These printers can create carbon copies. The print head normally prints along every raster row of the printer paper and the colour of the print is the colour of the ink of the ribbon.

Each dot is produced by a tiny yet stiff metal rod that is called “Wire or Pin” which is driven forward by the power of a tiny electromagnet or solenoid either directly or through small levers (pawls). The pins are usually arranged vertically where marginal offsets are provided between columns to reduce inter-dot spacing. The position of pins in the print head limits the quality of such a printer.

The line printer is a form of high speed impact printer in which a line of type is printed at a time.

In a typical design, a fixed font character set is engraved onto the periphery of a number of print wheels, the number matching the number of columns (letters in a line). The wheels spin at high speed and paper and an inked ribbon are moved past the print position.
The line printer technology is usually both faster and less expensive than laser printers. It has its use in medium volume accounting and other large business applications where print volume and speed is a priority over quality because of the limited character set engraved on the wheels and fixed spacing of type, this technology was never useful for the material of high readability such as books or newspapers.

A laser printer employs technology just like a photocopy machine. A laser beam focuses a positively charged selenium-coated rotating drum. The laser gum removes the positive charge from the drum except for the area to be printed. 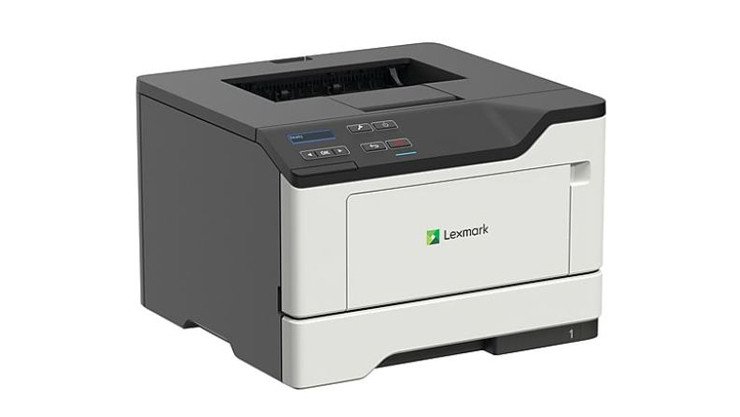 In this way, the laser draws the letters and images to be printed as a pattern of electrical charges that is called an electrostatic image. The negatively charged black toner powder first adheres to this positively charged area (image) on the drum from where it is transformed to the rolling white paper. Before the paper rolls under the drum, it is given a positive charge stronger than the positive charge of the electrostatic image, so the paper can pull the toner powder away. The paper is then subjected to mild heating to melt and fix the loose toner on the paper. The laser printer is mainly a bi-level printer.

An Inkjet printer is a non-impact printer that places extremely small droplets of ink onto paper to create an image. These printers are popular because they cost less but generate attractive graphics output. 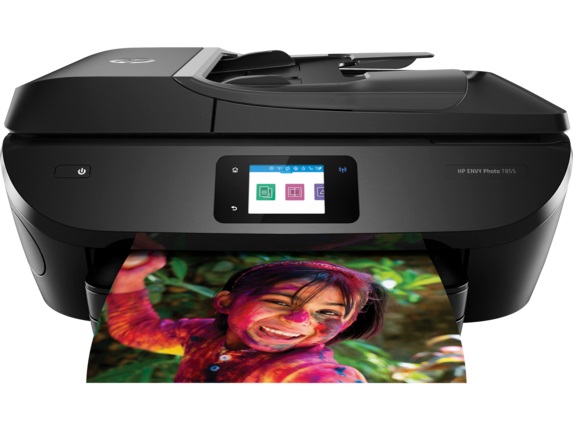 The dots sprayed on paper are extremely small (usually between 50 and 60 microns in diameter) and positioned very precisely with resolutions of up to 1440×720 dpi. The dots can have different colours combined to create photo-quality images. The core of an Inkjet printer is the print head that contains a series of nozzles that are used to spray drops of ink. The ink is contained in ink cartridges that come in various combinations, such as separate black and colour cartridges or a cartridge for each ink colour. A stepper motor moves the print head assembly back and forth across the paper. The mechanical operation of the printer is controlled by a small circuit board containing a microprocessor and memory.

An Electrostatic Printer has many print head, actually covering the entire 36 media width. So, instead of a single print head moving across the width of the media. 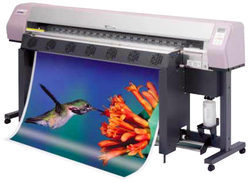 The electrostatic printer prints an entire width of the page at one time. The media (paper, vellum, film) is electrostatically charged. The toner solution is circulated past the media and sticks to the energized portion of the media, thus producing a very fast high-quality image. The printer creates colour prints by breaking colour data down three basic colours (cyan, magenta, and yellow) plus black, and printing one colour at a time. In 5-pass print mode, combinations of cyan, magenta, yellow and black provide a wide range of different colours. Using the registration marks printed during the preliminary registration pass ensures that the colour plot is beautiful with no misalignment.

A plotter is a vector device that can directly reach specific positions on printer paper without raster scan device. 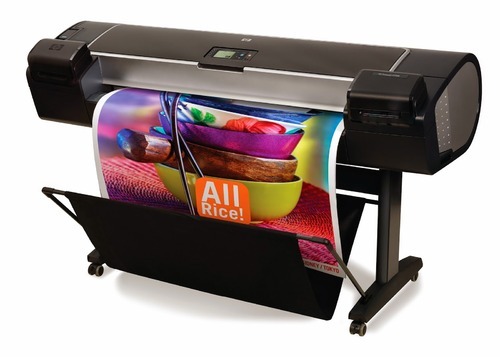 In color plotters, the carriage accommodates a number of pens with varying colors and widths. The microprocessor in the plotter receives instructions from the host computer and executes commands like ‘move’ carriage to a given position with pens up and drawing geometric entities like a point, line, arc, circle, etc.